By clicking “Accept”, you agree to the storing of cookies on your device to enhance site navigation, analyze site usage, and assist in our marketing efforts. View our Privacy Policy for more information. 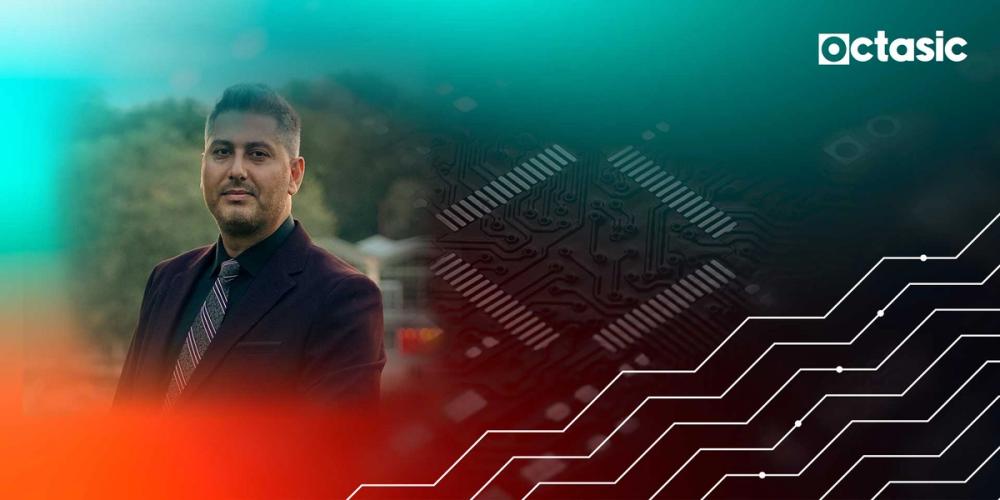 After three years of navigating the pandemic, Matthew Naslcheraghi, Wireless Software Developer at Octasic, was recognized for his innovative efforts and named Canada's IEEE Young Professional (YP) of the Year. It was the first time in the event's history that a Montreal YP came home with the award.

Presented at the 2022 IEEE Multigenerational Congress (MGC), the award acknowledges YPs for their "contributions to the technical community and IEEE fields of interest."

Specifically, Matthew—and the talented group for which he serves as chair—were selected for their involvement to ensure the success of numerous IEEE events.

Matthew dedicates the award to his entire team and gives special thanks to the chair of IEEE Montreal, Dr. Hamidreza Sadreazami, along with the following individuals:

"This achievement would not have been possible without my strong collaboration with IEEE YP Ottawa and its amazing people, especially Joseph Botros and Mo Emara,” said Matthew Naslcheraghi. “Also, Ana Gonzalez and Anand Shah from Vancouver and Megqi Wang from Toronto, who is also Chair of IEEE YP Canada. And last but not least, Dr. Zied Bouida from Carleton University, former chair of IEEE YP Canada. On behalf of IEEE YP Montreal, I appreciate your invaluable help."

The tech events that earned Matthew his award proved to be incredibly successful in spite of the many hurdles brought on by COVID-19. Spearheaded by Matthew and his team, these events covered a range of leading-edge computer science and engineering topics to bolster attendance.

Throughout these many endeavours, Matthew remained guided by three principles:

Matthew first got involved with the IEEE as a graduate student in Iran. Upon completing a program jointly supervised by King's College London and Shahid Beheshti University, he went on to receive a Master of Science with a major in Communications Systems from Polytechnique Montreal. After graduating, he served as a research assistant at the University's Electrical Engineering Department. Matthew joined the Octasic team in May of 2022.

During his time at Polytechnique, Matthew connected with scholars, research groups, and peers involved with the IEEE community. Working alongside these bright minds, he published articles in journals, volunteered at technical IEEE conferences, and served as a technical reviewer, among other roles. In June 2020, he was selected as the chair of Montreal's IEEE Young Professionals Affinity Group. During his tenure, he received numerous awards in addition to the recent win:

And about Octasic, Matthew notes that he'd be remiss if he didn't acknowledge their contribution, "I'm so proud to be a part of the Octasic family. Their mission strongly aligns with my background and interests. I've learned a lot from my amazing peers, and would thank my manager Cedrick Fonkwa, along with Martin Filteau, Thomas Awad, Emmanuelle Laprise, and former Algo member Dr. Furkan Ercan."

"What stands out for me in my future projects is the importance of peer relationships and the constant desire to innovate and be creative to stay on the cutting edge," said Matthew Naslcheragh.